Learn from the past.
Prepare for the future. 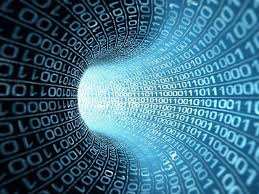 FLASH FRIDAY is a weekly content series looking at the past, present and future of capital markets trading and technology. FLASH FRIDAY is sponsored by Instinet, a Nomura company.

On 5 July 2022 a group of US exchange operators won part of an appeals court ruling, overturning a proposal by the Securities and Exchange Commission that would have allowed “the inclusion of representatives of non-[self-regulatory organisations] SROs [e.g. exchanges] as voting members of the CT Plan’s operating committee”, which is overseeing a proposed new national market system plan governing the public dissemination of real-time consolidated equity market data for national market system (NMS) stocks. The CT Plan was published for comment in the Federal Register on October 13, 2020

However, the case seen at the United States Court of Appeals For The District of Columbia Circuit, upheld the proposals around the grouping of SROs “based on corporate affiliation for voting” which will weaken the voting power of exchange groups that own multiple venues, and the requirement that the administrator of the CT Plan be “independent of any SRO that sells equity market data products”.

The element which was overturned will be a disappointment to users who have complained about the increasing cost of market data which they need to buy to meet regulatory requirements such as evidencing best execution. They claimed this was due to the monopoly power of exchanges such as Nasdaq, NYSE and Cboe Global Markets who had filed the court case.

In April Ellen Greene, SIFMA managing director, equity and options market structure, testified before the U.S. House of Representatives Committee on Financial Services Subcommittee on Investor Protection, Entrepreneurship and Capital Markets that federal securities laws give special privileges to America’s exchanges that benefit them commercially but do not serve the hundreds of millions of Americans whose retirement, education, and personal savings are invested in the capital markets.

Greene said that one of these advantages is that the exchanges have the unique right to sell, and monopolistic power to set the prices of, their proprietary data products and related infrastructure, which broker-dealers and other market participants are compelled to purchase for regulatory and competitive reasons.

The trade body for the US securities industry recommended that the Securities and Exchange Commission should require a public comment period and regulatory approval before any proposed new fees for proprietary market data, connectivity, and co-location services can become effective.

In 2020 the SEC ordered that securities firms and non-exchanges should have a greater say on the management of public data feeds which was upheld by the U.S. Circuit Court of Appeals for the District of Columbia before the decision was overturned this month.

However, the situation could evolve even without regulation as upstart decentralized finance (DeFi) challengers, such as the Pyth network, are even challenging the traditional providers in less obvious areas such as market data.

Pyth network, an initiative backed by Jump Trading Group, is built on the Solana blockchain and is designed to be a multi-chain project working across blockchains and platforms and to market data on-chain in a tamper-resistant environment.

In 2021 the fast-growing US equities exchange MEMX announced that it would deliver real-time equities pricing data to the Pyth network and market maker Virtu Financial said it would contribute its financial market data across equities, FX, futures, and cryptocurrencies for consumption by smart contracts. Others on the network include Jane Street, Flow Traders FTX and CoinShares.

Consultancy Coalition Greenwich said in a report at the start of this year: “Although not necessarily a new world order, taken alongside a contentious debate regarding the governance of U.S. equity consolidated feeds (the SIP), this development can’t be ignored.”

There has been much discussion of the downturn in the crypto and digital asset markets but it can be argued that the value of the underlying technology in solving real problems and making markets more efficient has not changed.

In 1995 an infamous Newsweek article, ‘Why the Web Won’t Be Nirvana’, scoffed at the idea of telecommuting workers, interactive libraries and multimedia classrooms or use the internet for shopping, booking travel or making restaurant reservations. We may be heading for a crypto winter but the season will eventually change and it may take time but a new world order will eventually and unexpectedly bloom, even for market data.