Jerry Stiller, the actor who played George Costanza’s father Frank Costanza, passed away recently at the age of 92. While every scene with Frank Costanza was memorable, perhaps his most famous storyline involved his self-created holiday, “Festivus”. Festivus was meant to be a celebration that avoids all the trappings of other, more “commercial” winter holidays, or as Frank described it, “Festivus: A Holiday for the Rest of Us”. But what started out as a simple and perhaps admirable cause, Festivus morphed into a bizarre series of inexplicable rituals over the years, ranging from the “Airing of Grievances” to the “Feats of Strength” (and the prominent placement of a metal pole).

Seeing references to Festivus made me think of another well-intentioned invention: RegNMS. At the time of its inception, the trading landscape had evolved rapidly from two primary markets dominating trading to one where trading was fragmented against a growing number of competitors. Even the two dominant players, the NYSE and Nasdaq, had changed their own markets to adapt to this increased competition. It was clear that the market had outgrown its existing regulatory framework, and RegNMS was formulated to bring some order to the chaos. While RegNMS can fairly be said to have driven down the costs of trading, over time, RegNMS became our Festivus, or dare I say, our “RegNMStivus” – a market structure that, while still effective in many regards, is clearly showing its age. 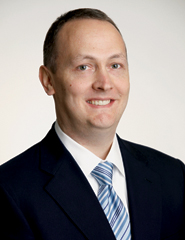 RegNMS provides price protection but only for the top of the book at each venue. If venue A has sell orders at $20.00 and $20.01, while Venue B’s best sell order is at $20.02, Venue A’s $20 order and Venue B’s $20.02 order are protected – but Venue A’s better-priced $20.01 order is not protected. This seemingly odd result stems from limitations on the SIP, which at the time (and even today!) only publishes each market’s top of book. This can lead to suboptimal execution for both those supplying and demanding liquidity.

Furthermore, only round lots are protected. Odd lots are not reflected in the consolidated quote feed and therefore are not protected.[1] Initially, odd lots were not included both because historically they had been treated differently from round lots but also because they were viewed as de minimis. But this was back when the average price was in the $40 range and relatively few stocks were trading at high prices. But now that prices in the hundreds or thousands of dollars are not unusual and includes some very actively traded stocks, the dollar value of odd lots is now much different. For example, given that the round lot is 100 shares for most stocks, an order for $4,000 is eligible for protection in a $40 stock but not for a $500 stock. In fact, for a $500 stock, an order would need to be at least $50,000 to be visible in the consolidated feeds and to be considered a protected quote. Or put another way, a $4,000 order in a $500 stock is a “small” 8-share odd-lot.

Similarly, RegNMS sets the tick size to $0.01 for all stocks trading above $1. This made sense when stocks prices were much less varied, especially considering the market had been trading in fractional increments only a few years prior. But as stock prices rose, the fixed $0.01 tick size made even less sense. To see why, consider that a $0.01 tick represents 100 basis points on a $1 stock but only 0.1 bps for the $1000 stock. So, the common tick size is really not so common when one considers the variation in prices.

No Locked or Crossed markets

RegNMS codified a seemingly odd requirement. Namely, that markets mustn’t knowingly lock or cross the consolidated quote. Crossed markets, in particular, generally don’t need to be regulated away – traders themselves do a good job of eliminating free money. Locked markets, where the bid and offer are equal, is a little more nuanced. In principle, a locked market should result in a trade since, instead of locking the market, the locking order would simply trade against the prevailing quote. But in a market with differential fees, the incoming trader may rationally prefer to post the order – and lock the market — if the posting market charges a lower fee (or provides a rebate).

While seemingly benign, the ban on locking markets resulted in the rise of some “complex order types” designed to allow traders to avoid locking markets. For example, the infamous “hide not slide” order type effectively allowed the professional traders to establish priority at the locking price via a hidden order, while at the same time displaying their interest at a less aggressive price. But the real benefit of this order type is that, should the original order no longer lock the market, the “hide not slide” order automatically becomes visible at the locking price while retaining its time priority at that price. Traders using conventional order types, by contrast, would have to cancel and resubmit, resulting in lower priority.

RegNMS defined a standard for fees, which is currently 30 cents per 100 shares, or 30 “mils”. At the time, such fees seemed almost insignificant. Indeed, the fees were set significantly less than the 1 cent tick to avoid creating a situation where a market would have the best price based exclusive of fees (and so is protected), but has a worse price inclusive of fees.[2] But the 30 mil fee cap turned out to be sufficiently high that venues were able to rebate some of those fees back to other traders. In the maker-taker model, for example, the exchange would charge the taker a fee, while providing the maker a rebate. (And other venues would reverse this and use a taker-maker model, where the maker pays and the taker earns rebates). While maker-taker models needn’t be a problem in and of itself, the advent of the fee-rebate framework had the unintended consequence of creating a meaningful conflict of interest between brokers (who generally pay those fees and receive those rebates) and their clients (who want their broker to simply get the best price).

Another odd consequence of this is that the fees and rebates implicitly provide a way for clients to “jump” the queue for stocks with relatively large queues by providing better net prices. For example, when the tick is relatively large, spreads are more likely to be constrained, which leads to relatively long queues for limit order traders. But to the extent that takers choose markets based on net prices, a limit order “maker” can achieve a higher fill probability by posting on a venue that has a relatively low fee (or high rebate) for taking, thereby providing a better net price to takers, even though gross prices are constrained by the tick.

RegNMS’s initial and continuing focus on top-of-book data created an opportunity for exchanges to provide enhanced market data via proprietary feeds. While such superior information could lead to more efficient trading, the proprietary feeds provided another useful feature to professional traders, especially high frequency traders: lower latency. The latency differences between the SIP and direct feeds created multiple inefficiencies in the marketplace, with “latency arbitrage” being perhaps the most famous. Latency arbitrage involves exploiting the faster feeds to pick off “stale” limit orders and orders whose prices are pegged to the (slower) SIP. These differentials, in turn, spawned countermeasures, like the IEX Speedbump that slows incoming orders down by a fraction of a millisecond to offset the market data latency differentials. I think it is safe to say that the designers of RegNMS didn’t envision that a spool of cable would be heralded by many institutional traders as a performance-enhancing market “innovation” (or that it would be featured prominently in a Michael Lewis book).

A Fond Farewell to RegNMStivus???

Fortunately, it appears that the SEC is starting to address these inefficiencies. While RegNMS is like a full-time employment act for market structure researchers and advocates, it is time we say goodbye to the “Feats of Strengths”, the “Airing of Grievances”, etc. And hopefully, if all goes well, the SEC will no longer have to put up with RegNMStivus celebrants (like me) blogging the equivalent of “I have a lot of problems with you people” over and over again. (Not to mention I would be more than happy to put away my metal pole once and for all).