This article was contributed by James Wooster, COO of Glue42

Traders in financial institutions are a resilient bunch who are used to taking recessions, natural disasters and geo-political crises in their stride. Even so, the speed and scale of the Covid-19 pandemic has rocked the global economy and caused major disruption to financial markets and traders.

News of plans to re-open the New York Stock Exchange in phases from the middle of this month (May) is therefore welcomed by many. Yet before life and work hopefully return to something approaching normality, it is worth asking which parts of the old life are worth going back to, and which parts could be improved.

Take the typical trader’s desktop. Most are something of a jumble of a dozen or a couple of dozen or more desktop apps. Many of the apps do not talk to each other, or sync information in real time. 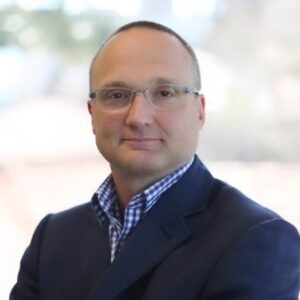 Those are apps for trade and order executions, customer relationship management (CRM), client data applications, bespoke trading systems etc. – that are user unfriendly. Traders waste time opening and closing apps and copying and pasting financial and client data between each other.

To make all these apps easier to use and connect, many financial institutions have adopted UI and data integration platforms. To deliver those integrated solutions, organizations rely on desktop containers, which many times use an open-source technology called Electron. This technology enables web applications to act as if they are specially designed for the desktops of traders. The containers have improved the apps on many traders’ desktops. However, they also have some significant drawbacks.

There are concerns about their security and their suitability for home or remote working, which in recent months has become the new norm for many industries, including financial services. Installing containers on hundreds and thousands of work-from-home computer set ups can be challenging due to compatibility and security issues.

Fortunately, there is a better alternative − a technology called “Progressive Web Applications” (PWAs). The phrase is not an attention-grabber, I know but without getting too geeky (traders are rightly more interested in investment returns rather than coding or programming languages), PWAs are a superior technology. In fact, we believe they will become the standard application delivery technology for financial institutions and their traders.

You might have already used PWA applications on your smartphone, without realising. And since recently, leading tech companies are switching to PWA. As a result applications, like Microsoft Office 365 and Google Maps to PWA, can now be made available on users’ desktops. We believe that the future of the apps is the browser. Sell-side financial firms, who need to deliver a collection of applications to buy-side desktops can now achieve seamless integration without the overhead of installing local software.

Just as importantly, the software can also support home working. Covid-19 has taught us many things, including that much of the work we thought had to be done from an office can be done just as well, if not better, from home. However, this is only possible with the right technology.

For too long, traders have worked with inadequate tools. The shift to PWA web apps will not happen overnight but has already begun. The benefits for early adopters, during and after Covid-19, will probably be bigger than for those who switch later.

Incentivizing a Competitive NBBO For All