Volatile, illiquid, manipulated. No critique of bitcoin seems complete without touching upon those recurring themes. For years now, various proposals for a bitcoin ETF have been rejected by US regulators on that basis. Is the criticism deserved?

While not one to come to bitcoin’s defence at the first sign of attack, the events in the oil market last month brought cognitive dissonance to a level too great to bear.

In many ways, the market for bitcoin is now more robust than the listed market for oil. 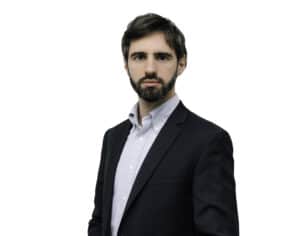 The much-derided volatility of bitcoin now pales in comparison to that of oil. Daily moves in excess of 25% are rare – even in crypto. I count seven of them in April on the front NYMEX WTI contract, one of the two global benchmarks for oil.

And what of manipulation? Uninformed investors are cannon fodder for the oil market, an opaque one at the mercy of global realpolitik and backroom deals, whereas the spot price of a bitcoin is available to all at the click of a button on countless free platforms. There is no CEO of Bitcoin Inc. with the power to move the market 10% with a mere tweet.

Yet, in spite of the dubious record of oil as an asset class, any small investor can access that market by purchasing an oil ETF through their brokerage account – one that can likely be opened in days, if not hours, with new entrants like Robinhood.

An investor in USO, the most popular such fund, might track the price of oil reasonably well in a good year. But in April 2020 alone, while oil closed down about 10% per various benchmarks, USO lost more than 40%. The reason is simple: USO does not own oil, it purchases the WTI futures contracts listed on the NYMEX. The tricky imbalance between excess production and storage capacity in this time of pandemic means that USO’s strategy of continuously buying and rolling the front-month future was guaranteed to lose 30% a month, as it did around the dramatic expiry of the May contract on 20th April, even though the NYMEX price itself was left broadly unchanged over the period. At the time of writing, the same strategy still loses a few percent a month.

Robinhood provides insightful data. On 21st April, USO was the most purchased stock by the broker’s 10 million users. The size of the fund more than doubled that month. Such massive inflows of uninformed retail traders forced USO, already a massive market participant, to purchase yet more futures, growing to account for a third of the open interest. Consider the irony: the SEC argued that “the existence of concentrated holdings in an asset presents a meaningful risk of manipulation” in rejecting one of the bitcoin ETF proposals last October (https://www.sec.gov/rules/sro/nysearca/2019/34-87267.pdf). What’s more, the buying became so unhinged that the ETF closed at a 36% premium to the value implied by its holdings on that fateful day. As a result, if you held USO from the close on the 21st April until the end of the month, you lost a further 15% of your investment, in spite of double-digit gains in the NYMEX future itself (And who took the other side of that dislocation? Professional traders). Concerns about net asset value calculations also featured in the SEC’s decision.

Backed into a corner at this stage, the bitcoin skeptic would argue that, surely, however manipulated or volatile, the liquidity of one of the world’s most important commodities must surpass that of bitcoin. But does it?

The bid-offer spread to trade oil futures and USO is wider than bitcoin’s, even for professional traders. At the time of writing, the spread to trade one WTI contract (about $25,000) was 0.04%. Before USO’s share split, the same size was offered at a spread of 0.4%. Contrast that with a spread of less than 0.01% to trade $25,000 of bitcoin on the largest US exchange.

The available depth paints a similar picture: bitcoin beats the top of book size of both USO and WTI futures, where the spread hovers around 0.04%. There are usually about five contracts at the top of the WTI book, or $125,000 worth. USO usually has around 2,000 shares or $50,000 available on any given US exchange. Bitcoin fares better: the most liquid venue can have a million dollars displayed at the same spread.

If you’re surprised by the numbers above, you shouldn’t be. Bill Gates once said: “We always overestimate the change that will occur in the next two years and underestimate the change that will occur in the next ten.” Bitcoin was never going to become a big asset class in a flash. Ten years on, however, some of its critics live in a world that is no more. Whilst there may be other reasons why a bitcoin ETF should not see the light of day, the rationale offered thus far will remain intellectually inconsistent as long as funds such as USO are available to the public. It is about time that the bitcoin market was recognized for its robustness, resilience and transparency.

The seminal book “Market Wizards” contains an interview with Richard Dennis, a legendary trader, who says that “The worst thing you can do is miss a profit opportunity. […] And rigid long-term views are the kind of thing most likely to lead you to that mistake.” In the same book, another great trader recalls the strong impression an article about Dennis made on him.  His name? Paul Tudor Jones II.

The best among us update our opinion when the facts change. Who is failing to change their mind, today?