Two years after the launch of the EU’s flagship financial markets legislation, the European Commission is considering a revamp of a number of aspects of the regulatory framework by issuing a consultation for the review of MiFID II. The aim of the consultation is to gather views from stakeholders regarding their experience under the MiFID II regime and on certain technical aspects, as well as providing a chance to comment on any further issues.

What has transpired is that European fund and asset managers have now insisted upon the need to implement a consolidated tape as part of their response to the review of MiFID II. This article examines the hurdles that would need to be overcome in order for a consolidated tape to be established.

While the MiFID II regulation did outline requirements for voluntarily consolidated tape providers, the establishment of a consolidated tape was not mandated for, meaning firms are not currently obligated to submit their transaction data as they are in the US. In the end, a European consolidated tape did not transpire, even though some feel there is still a need for one. 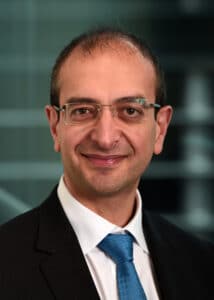 As things currently stand, it is extremely difficult for firms to create a reliable aggregation solution based on current methods of obtaining data. Research conducted by Etrading Software, which will be published in the coming weeks, has shown that while some aggregation of non-equity post-trade information made available free of charge 15 minutes after its publication is possible with sufficiently large effort, in fact aggregation is quite difficult to achieve. This is down to either a lack of machine access to the data (for example, the files are machine-readable but automated machine access to the files is often blocked), a lack of comprehensive post-trade data specification regarding the ordering of the fields or file format, or the fact that many APAs do not follow the stipulations as laid out in the Technical Specifications (RTS2).

Ultimately, the problems surrounding the creation of a consolidated tape still stand, primarily because there is no viable business case in the operation of such a utility under the current provisions. It should also be noted that some trading venues and APAs are also data vendors in their own right and therefore may have a conflict of interest due to the potential impact of a CT on their proprietary commercial data offerings. A second problem exists in that both existing APAs and trading venues are publishing their free post-trade data in incompatible formats. Our research strongly supports the need for detailed specifications for the content, format and terminology of the post-trade data. Specifically, our findings show that these vary sufficiently widely amongst TVs and APAs to cause data quality issues for aggregation.

At Etrading Software, we firmly believe the aforementioned problems can be mitigated if the following were implemented as part of an initiative:

For many years now there have been murmurs from industry practitioners with regards to high market data costs. This consultation represents a perfect opportunity for the industry to engage with regulators to help simplify the market data infrastructure within Europe. Such a streamlined infrastructure in the form of mandating a high-quality consolidated tape provider should then have a knock-on impact in terms of lowered costs. With responses due in to ESMA by the extended deadline of 14 June 2020, we look forward to ESMAs output and strongly encourage industry participants to engage with the regulators.

Simplifying the Workflow of Buy-Side Traders