Wildfires are raging across the western United States, destroying homes, commercial buildings and entire towns. The biggest is the Dixie Fire, which has spread across more than 700,000 acres in Northern California and turned more than 1,200 buildings to ash.

“My defiantly quirky, beautiful adopted hometown turned into a ghost town last night,” reporter Meg Upton wrote on Aug. 5 in the Plumas News. In an unstoppable march of heat and flame, the Dixie Fire erased the bulk of Upton’s hometown of Greenville from existence. 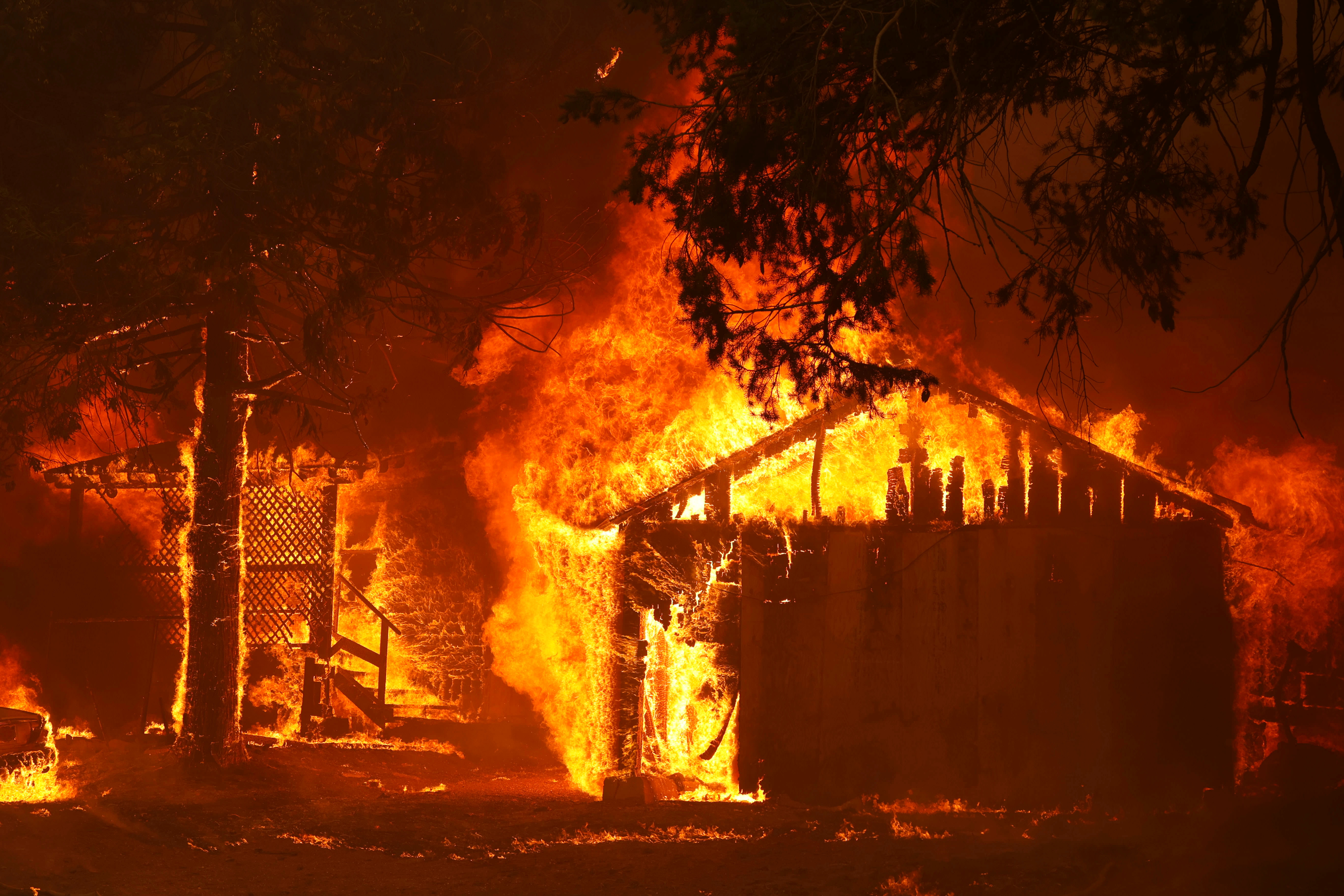 A house in flames at the Dixie Fire near Greenville, Calif. (Reuters/Fred Greaves)

As with many of the more than 150 wildfires burning today, the Dixie Fire was fueled by dry timber and high temperatures amid a changing climate.

A nation away, experts at Atlanta-based Intercontinental Exchange, known as ICE, and climate and ESG data provider risQ, headquartered in Boston, work to help identify and quantify the risk associated with such potentially disastrous events. Their efforts power a young service called ICE Climate Risk, developed for those who invest in the trillions of dollars in bonds that municipalities have sold to pay for hospitals, power plants, schools and other critical infrastructure.

ICE Climate Risk sits at the cutting edge of modern ESG tools, with the most advanced growing remarkably sophisticated in recent years as those who invest in a variety of asset classes pay rapt attention to environmental, social and governance issues. 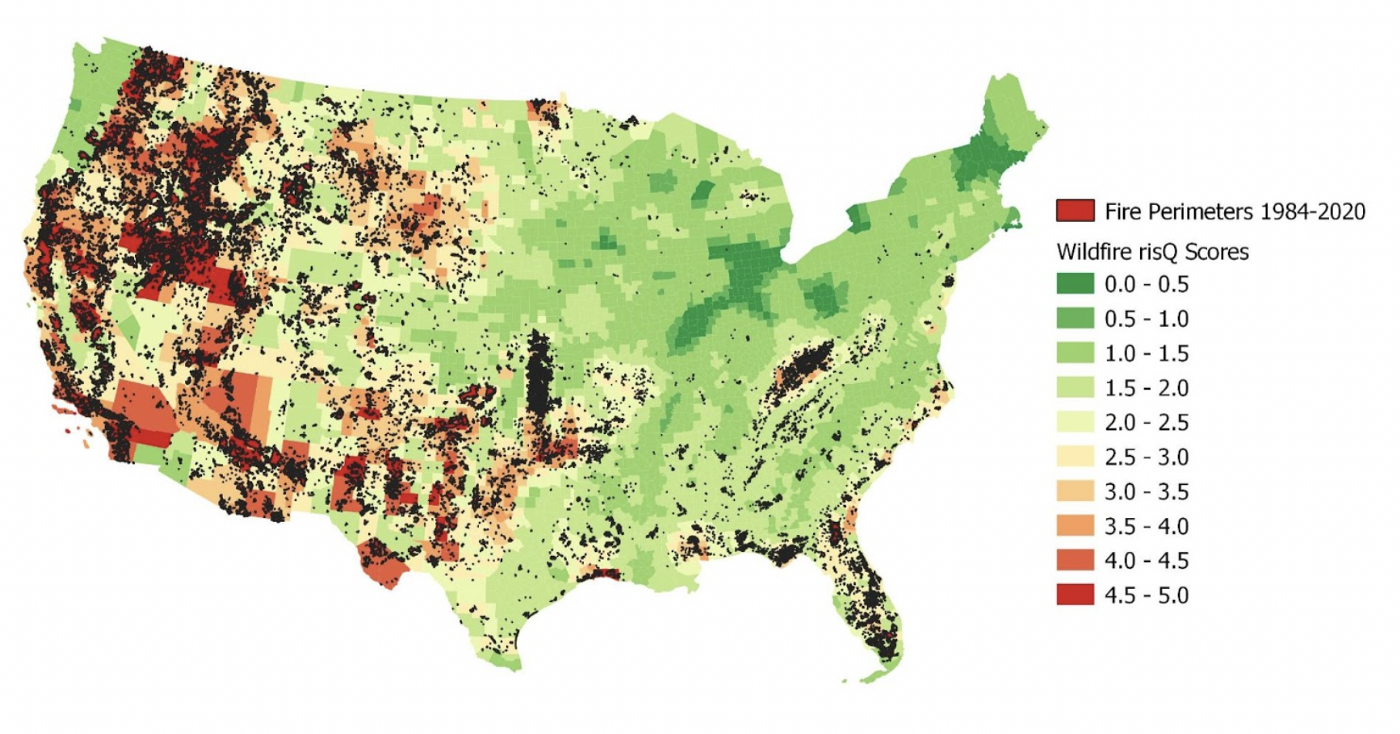 ICE Climate Risk works by dividing the nation’s 48 contiguous states into 100-square-meter cells and analyzing each for its risk from different climate events. Comprising more than 1.3 billion cells in total, the data set quantifies risk for events including flooding, hurricane, heat stress, drought and, of course, wildfire.

Climate risk can be particularly important to investors in municipal bonds, as these securities are tied to the locations of the projects they fund. For example, a bond sold to pay for a new library in an area with a high risk of flooding may warrant a different price than a similar bond in a location with little threat from the climate.

“We can tell you for every patch of dirt in the U.S., what debt is sitting on it,” says risQ CEO Evan Kodra.

Indeed, ICE Climate Risk had identified Plumas County, where Upton’s hometown of Greenville is located, as falling in the 98th percentile of wildfire risk across the United States and the 86th percentile in the fire-prone state of California. Of course, the database could not predict when the Dixie Fire would occur. It can and did, however, quantify the likelihood of such an event.

“It was way at the top end of the percentile in that risk,” says ICE’s Spencer Gallagher, who helped develop ICE Climate Risk together with Kodra. 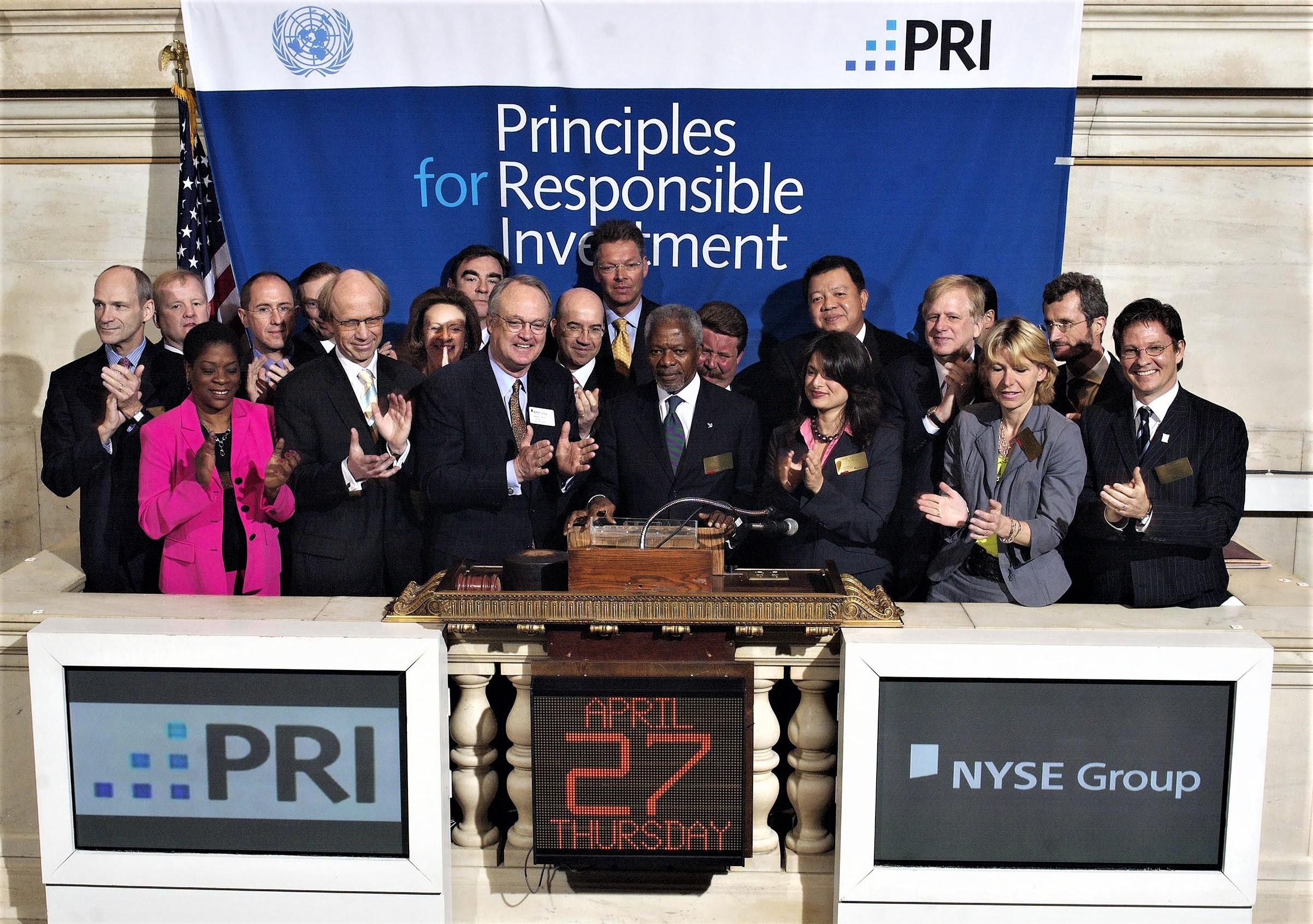 Launch of the U.N. Principles for Responsible Investment at the NYSE.

ESG investing has been around for some time, with the United Nations launching its Principles for Responsible Investment in April 2006 at the New York Stock Exchange, which is owned by ICE. Yet, demand for high-tech ESG tools like ICE Climate Risk has grown most rapidly in recent years as investors have demonstrated a keen interest in projects and organizations whose values and approaches align in these areas.

In addition to climate risk, ICE is involved in many other areas of ESG investing. “ICE was an early investor in this space and has been helping develop these markets for many years,” says Brookly McLaughlin, who oversees ICE’s sustainability efforts.

In some ways, the company’s offerings represent a microcosm of the modern ESG universe.

For equity investors, ICE’s ESG Reference Data tracks about 500 ESG metrics across publicly traded companies including carbon emissions, renewable energy, diversity and inclusion, and board profile. The NYSE leverages this data as it works with its 2,400 listed companies to help them adopt best practices in ESG standards and disclosure.

In early August, ICE, together with risQ, announced that municipal bond investors can now receive data to help evaluate the potential social impact of an investment, an area of fast-growing interest. Similar to ICE Climate Risk, they can use this information to analyze poverty, employment, racial diversity and other factors in the geographies where the bonds’ underlying projects live.

Growth in the importance of ESG investing doesn’t seem likely to disappear anytime soon. Earlier this month, the U.N.’s Intergovernmental Panel on Climate Change published a report that received wide media coverage, finding that temperatures will continue to rise globally “until at least the mid-century.” This almost certainly will make the ability to identify the risk of climate events like the Dixie Fire even more critical in the years ahead.

“When we first started, a lot of the market originally was skeptical that a lot of this stuff was ever going to matter,” Kodra recalls. “That clearly changed.”